Woe Within the Woodlands pre-order packs.[1]

The sun greets the land once more, and with it dawns the promise of survival against the coming cold. Hills and valleys are swathed in white, with trees left bearing no shade. Now is a period of cooperation and generosity, for the frost will indiscriminately take any in its path, swallowing the unprepared. Indeed, hope blooms now in the face of uncertainty. Together, hearth and home will see us through.[1]

Pre-order packs are available from the Cosmetic store.[2]

We offer cosmetics for players who wish to support the project early. The exclusive nature of the limited availability is something I think collectors value. If you buy cosmetics as an MMO player, I know I enjoyed if the cosmetic is rare and not every girl at the party is wearing the same dress. In addition, these cosmetics are used to populate the world through NPC variants and color/texture changes so their offering aligns with our production schedule. The good thing about these packs is they contain no P2W advantages and there is no box cost, so from a mechanics standpoint you do not need to buy them to excel in the game on launch. And also, there are comparable and subjectively more grand cosmetics achievable in game as well.[3] – Steven Sharif

15 August 2018 was the last day for purchases of Alpha-1 through Intrepid pre-order packs (History).[4] 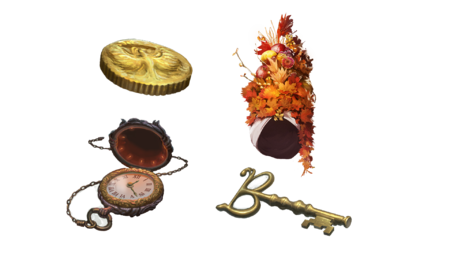 The Wayfarer pre-order pack is available from the Cosmetic store.[1] 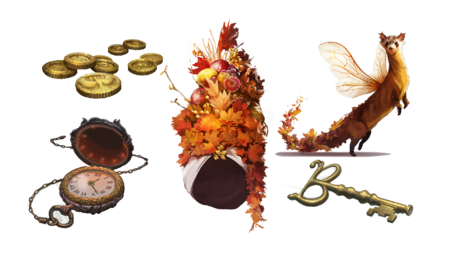 The Expeditionary pre-order pack is available from the Cosmetic store.[1] 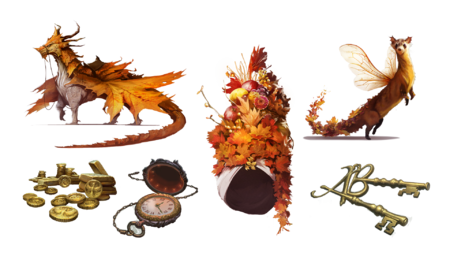 The Voyager pre-order pack is available from the Cosmetic store.[1] 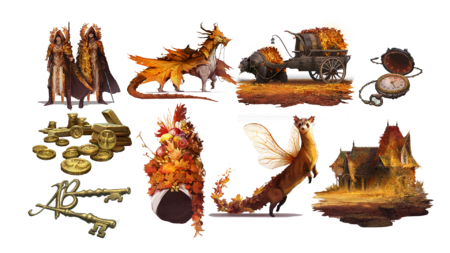 The Voyager plus pre-order pack is available from the Cosmetic store.[1]

Pre-order pack cosmetic skins cycle monthly and are never available again for purchase. Apart from the cosmetic skins, the packages can also include subscription time, embers (virtual currency for future cosmetics when the game is live), access to alphas and betas, and other perks such as name reservation.[6]

These packs are completely optional and provide no vital components for succeeding in Ashes.[6] – Steven Sharif

We are very transparent in the business model of subscription with cosmetic only marketplace... I respect and understand the opinion of rather having a box price in-place of cosmetics, but that is not the direction I’ve decided to take. After weighing the benefits to the game and its population, I believe a lower barrier to entry is healthier in the long run, and the steady content release and quality of the product will sustain the retention for subscription and in-turn provide a healthier content release strategy for Ashes.[6] – Steven Sharif

Purchasers of pre-order packs have the ability to purchase future individual pre-order pack cosmetics (at the same or lower level as their pack purchase) as add-ons in the month that they are on sale.[6][8]

Cosmetics owned prior to upgrading a pre-order pack are retained.[12]

There is going to be legendary cosmetics that can be earned and achieved in the game through the game systems, but that's going to take a significant amount of effort and work; and those cosmetics are going to be on-par with the cosmetics offered in the marketplace... What that does is it provides additional revenue to the company so that we can continue to fund the development of content as well and bridge the divide that not having a box cost would have and not having any pay-to-win mechanics whatsoever.[13] – Steven Sharif

We plan to include a shop for micro transactions. The shop will only include cosmetic items. Nothing in our shop will ever be pay to win as we believe this practice greatly hurts the MMORPG genre.[16]

All cosmetic store items will be non-tradeable.[24] There will be no gifting mechanism for cosmetic items.[25]