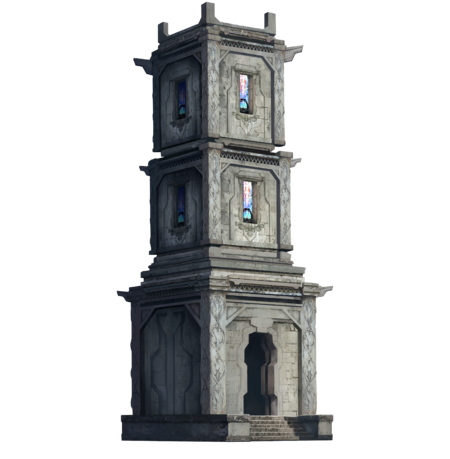 Altar of Silence was a cosmetic freehold skin in a pre-order pack.[1]

Those seeking to join the ranks of the seers must show they possess a latent affinity for divining. Though analog tools are indispensable, a spiritual connection is also necessary. Thus, novices enter this altar, where they sit amid the quiet and attempt to bring themselves closer to the heavens. Promising aspirants have claimed to have glimpsed the night sky clearly and more keenly within their mind than with their own eyes, even if only for moments. Only then will a novice be ascend into their ranks.[1]

All cosmetic store items will be non-tradeable.[12] There will be no gifting mechanism for cosmetic items.[13]

I don't want cosmetic items that can be purchased from the market to be transferable... because it is in a way a transfer of money for potentially something in-game.[13] – Steven Sharif