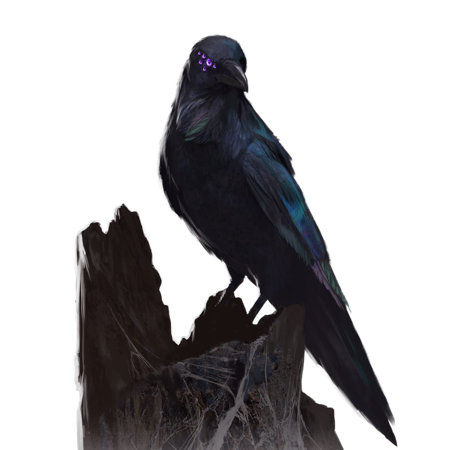 Blacksight Watcher was a pet cosmetic skin in a pre-order pack.[1]

Magical familiars are not uncommon in Verra, though few can match the accumulated wit and intelligence of this well spoken, seemingly avian creature. Though favored by many would-be rogues and adventurers for their extensive knowledge, the familiar will not deign to move if not convinced to accompany adventurers in some way. A game of riddles being a common test.[1]

All cosmetic store items will be non-tradeable.[12] There will be no gifting mechanism for cosmetic items.[13]

I don't want cosmetic items that can be purchased from the market to be transferable... because it is in a way a transfer of money for potentially something in-game.[13] – Steven Sharif