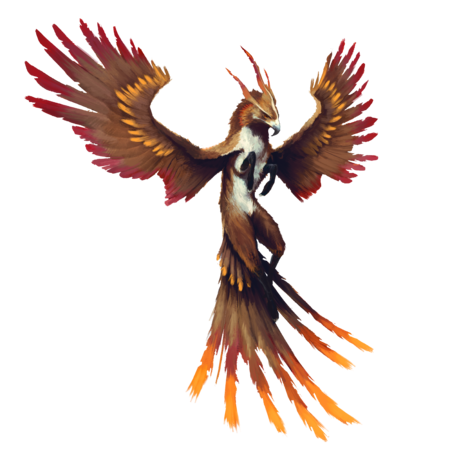 Burrow Hawk was a cosmetic pet in a pre-order pack.[1]

Burrow hawks are winged forest creatures well-suited to hunting in the air, or swiftly catching prey on the ground. For the Vek, they serve the role of a companion, as the nomadic journey of diviners is often a solitary one. They are attentive but curious creatures, a fitting personality for their masters. Many Vek also take to rearing burrow hawks as would-be guardians or scouts, as their innate nature makes them highly adaptable. It is not uncommon to come across a Vek hunter or scholar, seemingly alone, only to find a large burrow hawk patiently watching from afar.[1]

All cosmetic store items will be non-tradeable.[14] There will be no gifting mechanism for cosmetic items.[15]

I don't want cosmetic items that can be purchased from the market to be transferable... because it is in a way a transfer of money for potentially something in-game.[15] – Steven Sharif