Corrupted player in the Alpha-1 preview.[1]

When you gain that corruption you have the potential of losing your completed items, your weapon, your armor, stuff that is very difficult to achieve; and then the other aspect of that is, that in order to deter basically players taking alternate characters and saying this is my PK alt, the more players you kill, the more corruption you gain, the higher your combat efficacy in PVP diminishes. If you're out there and you killed you know 20 players... you will not be able to perform in PVP any longer. You will need to take that character and go work off that corruption. The other aspect of corruption is that if you kill another player, who is a non-combatant and the level disparity between you and that player is great, you will gain a higher amount of corruption from that single kill. To the point where you should not be killing a level one character.[2] – Steven Sharif

If a combatant (purple) player kills a non-combatant (green) player in PvP, they will be flagged as corrupt (red).[3]

Reward without risk is meaningless... Corruption is just another word for risk.[6] – Steven Sharif

You can't necessarily time perfectly you know the damage or understand even the health of the player. Unless you were in their party you cannot see an opponent's health as well so that's another component that you know adds risk.[7] – Steven Sharif

Q: Will there be any large-scale consequences when many players in a group guild region religion etc become corrupted frequently or for an extended period of time?
A: There are not group dynamics or mechanics that revolve around mass murdering people in the world. The corruption system is intended to deter mass murdering, not to provide incentives by which players can go out and gain corruption.[19] – Steven Sharif

Q: If my guild has no one corrupted and your guild is like always killing people and always corrupted, will your guild have repercussions because they're corrupted versus my guild?
A: No I don't think so either. And the reason why is we want to deter it, but we don't want to make the system meaningless; and if the deterrent becomes too heavy-handed then it's a system without a purpose. And I think that the intent behind the corruption is that like during a rise in passion and like anger and whatever you want to make this decision and do something and you'll suffer the repercussions later. But if those repercussions are just overwhelmingly bad and even anti-social in the sense that like your guild is like hey man you went corrupted and this gives us like corruption points on the guild, and like you're out of here, then people just aren't going to choose to use it; and then at which point might as well just take it out. So I think there's a healthy balance between the type of deterrent used.[20] – Steven Sharif

Player corruption is expected to be implemented in Alpha-1.[21]

The primary means to remove corruption is through death. Multiple deaths may be necessary to remove all corruption.[23][15]

Players with a high enough corruption score will be visible on the world and mini maps. These players will have markers posted on the map by an NPC from a Military node of at least stage 4 (Town), and will only be granted to players who have the Bounty hunter title.[28] The accuracy of bounty hunter maps is determined by a player's progression in the bounty hunter system.[29]

Taverns are one of the locations that bounties will be posted. As players gain corruption, taverns may offer bounties to eliminate those players; or have a specific area cleared of problem players, thus giving a POI (point of interest) on the world map.[30] 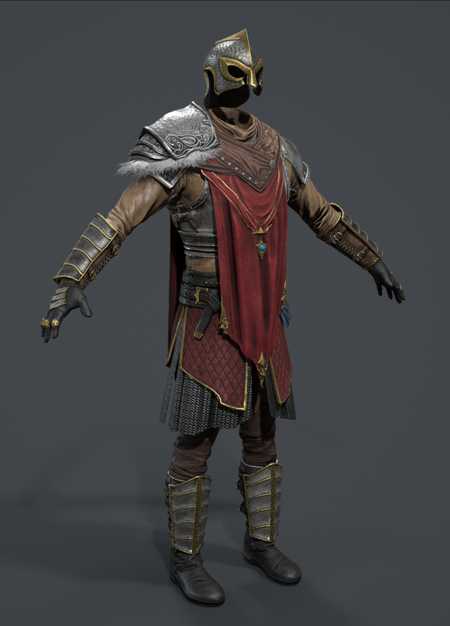 The open world PvP flagging system is designed to deter people from griefing other players.[3]

There are three levels of flagging for world PvP in Ashes of Creation.[5]

It's important to note that the idea is going to be that, unless a player is in your party, alliance, guild, or raid that you will not have definitive knowledge of their exact hit point values. So when you do something that's sketchy like that, where you want to bring them close to death and let a monster finish him off, you are taking the risk of overhitting and actually gaining the corruption.[40] – Steven Sharif

A player may not flag on members of the same party, raid, guild or alliance.[47]

If you have that check-box for flagging with your AOEs and heals available then you will flag. If you do not have that box checked then on completion of the skill it will not flag you because the check was made at the start that there was a flagged party member; and then he will not he or she will not receive the beneficial effect as a result or the damage, if it's an offensive spell.[48] – Steven Sharif

Sieges, caravans and guild wars do not use the flagging system.[49]

You're not going to see griefing in the game very often; and that's because our flagging system. The corruption mechanics are based around disincentivizing a griefer or PKer but still offering the opportunity, should the occasion arise, where the benefits outweigh the risk, you have the ability to do so. If you gain corruption, which is killing a non-combatant - a player who is not fighting back basically - if you gain that corruption, your world has changed. It is not going to be a very beneficial place to be and you have the potential of losing your gear. Your combat efficacy decreases based on the amount of corruption you accrue. It is a comfortable balance between player agency and grief and basically removing player agency for other players.[50] – Steven Sharif

Player death in an open world dungeon in Alpha-1.[51]

We don't have deleveling, instead what we have is experience debt. Now the more experience debt you accrue, the greater the detriment to your character; not to the point where you can not get out of the debt. There will always be a way forward to remove your debt.[50] – Steven Sharif

When a player dies they disintegrate into ash. The ashes contain any items lost by the player due to applicable death penalties.[52][53][54][9][55] These ash piles are immediately lootable by any player.[53] Player flagging is not triggered by looting.[43]

Experience debt will scale to approximately 2 or 3 percent of the total XP for a max level player. These numbers are subject to change based on testing.[65]

Death penalties do not apply to objective-based events (such as caravans, guild wars, and node sieges).[66]

There will not be death penalties applied to event-based deaths. The penalties are in the outcome of the event. So your number of deaths is likely going to impact your ability to win that particular event and that's going to be the penalty. This is it to encourage players to opt in to the events right because the more participation we have the more fun it can be; and we understand that the community at large- there's already a risk versus reward component to these events. We don't need to stack on additional risk versus reward to inhibit kind of- to increase the barrier to entry for players who may not be as interested.[66] – Steven Sharif

Death by drowning is possible.[68]

The lore behind how death and resurrection exists within Ashes of Creation is the concept of this Avatar of the Phoenix being represented of the Goddess of Creation, from which all life on this plane has has come from essentially... Because when you do get reborn it's that connection with your soul to the essence that binds you with the Goddess of Creation that brings that spark of the of that Avatar of the Phoenix back and brings you to life through that manipulation of the essence. So this is a little update on the ash effect.[52] – Steven Sharif

As players enter into the world of Verra they are empowered with the spark of life that comes from the Goddess of Creation. This spark houses a portion of what represents their soul and their conduit to The Essence.[52][53][69] When a player dies they disintegrate into ashes, in accordance with the mythology of the cycle of life, death, and rebirth that is associated with the celestial avatar of the Goddess of Creation, the phoenix.[52][53]

The reason for why respawning occurs, as you guys know, the avatar of the Goddess of Creation is the phoenix; and the phoenix obviously has some very stable mythological lore to it with regards to the cycle of life and death and rebirth; and that type of thing. As you enter into the world of Verra you are in a way empowered with the spark of life that comes from the Goddess of Creation herself, and in that sense you're able to house a portion of what that represents in your soul and your... conduit to the essence.[53] – Steven Sharif

Non-corrupt players always respawn at the closest active respawn point (to their death).[63]

That has to do with the lore behind death and resurrection and what it means to have your soul connected as a conduit of that spark of life given from the Goddess of Creation, being that phoenix type of avatar; and if corruption has moved into an area and an event has started, the access to those kind of ley line oriented respawn points may be obscured- might not be accessible. So that could create some additional distance that needs to be traveled as part of these types of events.[63] – Steven Sharif