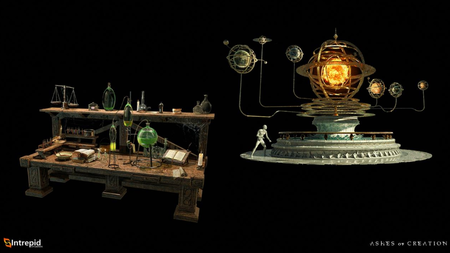 Alchemy is a profession in Ashes of Creation.[2] 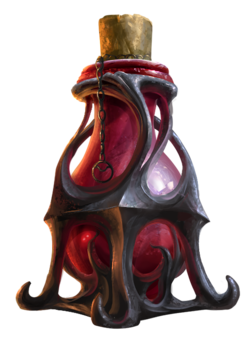 Potions are a consumable in Ashes of Creation.[2]

We totally think that those kinds of things are a lot of fun. We'll be putting stuff along those lines in as much as we possibly can as long as it doesn't negatively affect the gameplay. Because stuff like that is just crazy fun.[4] – Jeffrey Bard 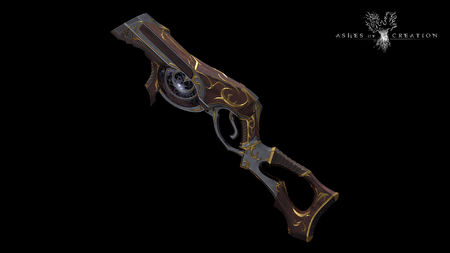 Potion launchers were a type of ranged weapon in Ashes of Creation Apocalypse.[6][7]

This is kind of a heavier sort of ranged weapon. Again we're trying to bring the magic into combat, so we're trying to stay away from things like, you know, straightforward guns and black powder and explosions.[9] – Jeffrey Bard

Fantasy as a genre has been done many many many times and there are many things that we all love about the fantasy genre. We want to make sure that those those staples are catered to, but at the same time we are thinking a little bit outside of the box and some of those thoughts may rear their heads in the coming months for development that you might see.[10] – Steven Sharif

Potion launchers in Ashes of Creation Apocalypse are able to shoot over walls and other obstacles.[11]