The ultimate skill is a very powerful skill.[1]

It acts similar in the sense of you know the core loop of what an auto attack is so to speak; where you know typically your other skills have a cooldown period, they have a rotation or whatever: Our combo system is a repeatable you know skill effect that you can continually attack with but it's a little bit more involved than what a traditional auto attack is; and it has components from a from an advancement standpoint when it comes to the types of procs that your weapon can have during that combo system... It's not going to have the quick time event that you know you guys saw early on in PAX and gave great feedback on, but it is going to have development with regards to the power of the weapon the type of weapon you're using, the additional proc effects that you can skill into: Those types of things are going to make it a little bit more complex of a system capture.[6] – Steven Sharif

A revised weapon use combo system will be present in Alpha-1.[6][13] 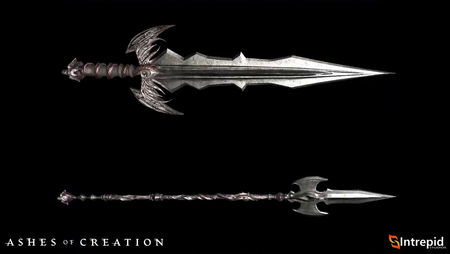 Weapon classes (also referred to as weapon types and weapon groups) in Ashes of Creation.[10] 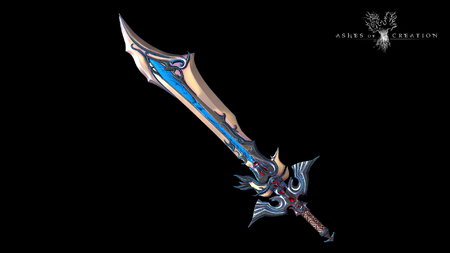 Weapons will have their own progression paths and their own applicable types of skills.[6][17]

Q: Are weapons balanced towards a proficiency system (i.e. the longer I use a sword, the better my damage will be), or will it be a normal RPG stat system with no long-term scaling?
A: We will not be using a proficiency system as described, but players will have passives available in their skill tree that will increase effectiveness of certain weapons. Becoming a master of swords will be something that is possible, just not in that particular manner.[19] – Sarah Flanagan

Ashes of Creation is all about providing many progression paths... The reason why we don't like the term endgame is because with the amount of progression that's available with the amount of diversity and player agency that that impacts the world... We kind of want the the weapon system and add an element of that as well... You can determine special effects that proc from currently the combo system right; you can determine ancillary effects that proc based on enchantment types; you can power stone weapons to add different either elemental types of damage and/or energy that kind of play rock paper scissor with player defenses ... and then you can skill tree out how those effects that are granted ... you can make them better you can branch them off into a different direction.[18] – Steven Sharif