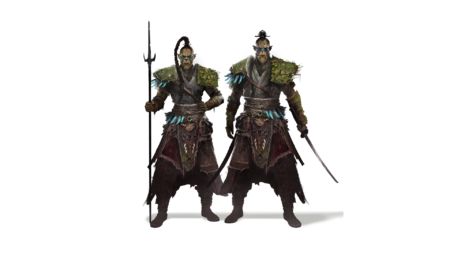 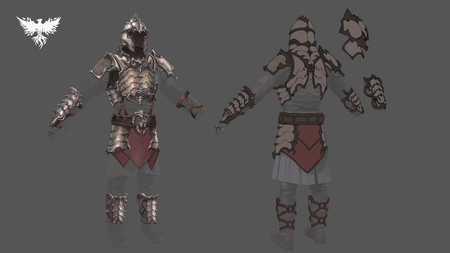 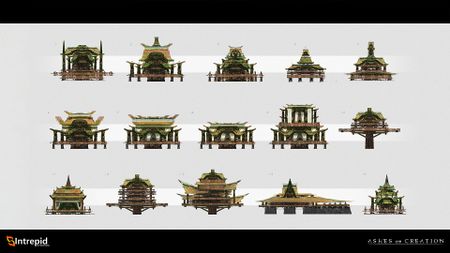 Ren'Kai are a playable Kaivek Orc race in Ashes of Creation.[5]

Honor. Power. Tranquility. Through staying centered their power only grows. The Ren'Kai believe in ultimate focus and controlling their immense power. When a Ren'Kai becomes enraged though, there aren't many men or beasts who can live and tell the tale.

Kaivek Orcs are split into two races: Ren'Kai and Vek.[5]

The Kaivek have always adhered to a strict code of tribal loyalty... Roughly thirteen centuries [before the fall], a leader named Ran'Kal united the clans into a nation called the Kaivek Protectorate. Kal taught that all Orcs answer to the protection of the divine order. This teaching expressed the belief that it was the will of the gods that all Orc kind should have superiority over the nations of Verra. For it was only through the unity of the clans that the people of Verra would be lead to enlightenment. It was the teachings of Kal that lead the Kaivek to pursue campaigns of conquest across the lands of Verra. Where the Orcs were once nomadic and divided before Kal, through his leadership they became a powerful nation united in conquest. Trophies of each city conquered is found in the capital city of Ren. [Just before the fall] the Kaivek Protectorate have adopted a policy of peaceful coexistence with their neighbors. Having endured centuries of conflict, leaders rose among them echoing the teachings of peace. These recent reformations have once again begun to lead to a fracturing of the Protectorate. Some unrest among the clans have called for a culling of those who are unworthy of the protection from the divine order.[6] – Steven Sharif