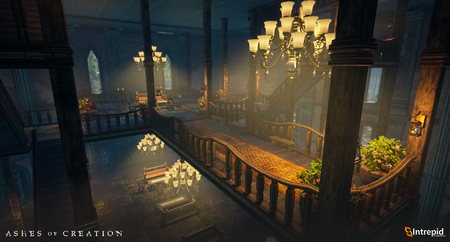 At the Town stage, the economic node's unique building becomes the Exchange. In addition to the abilities that the market offers, the Exchange adds additional services, including (but not limited to):[1]