The predecessor of both the Aelan and Pyrian races were the Torens, which were essentially half-elves.[4] 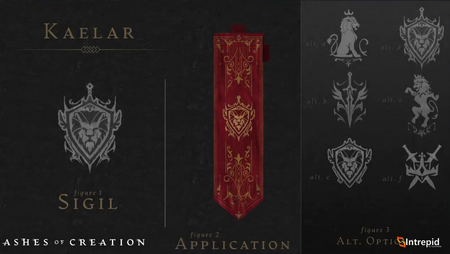 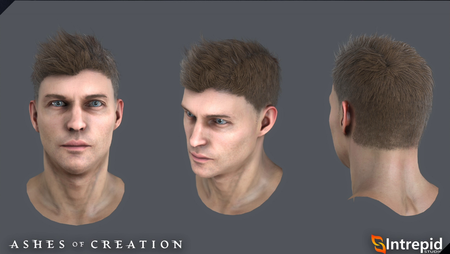 Kaelar are a playable Aela Human race in Ashes of Creation.[2] 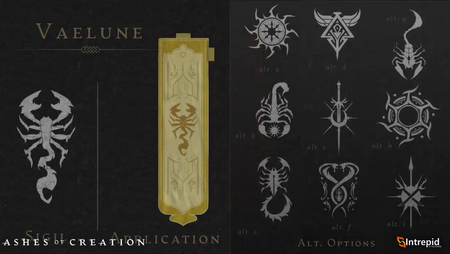 Vaelune are a playable Aela Human race in Ashes of Creation.[2]

Trade. Law. Hardship. The Vaelune were forged in the heat of the desert, and through the ages became a blade that bends, but does not break. Through the development of a complex web of relationships and savvy negotiation, the Vaelune grew into one of the wealthiest empires in Sanctus, despite having few natural resources to exploit themselves. Their environment has taught them what it means to kill or be killed, whether through the beasts of the desert or the snakes in the market square.[8]

The orders of the seven are religious organizations corresponding to the seven grand temples of Verra.[10]

On January 11, 2019, we showcased our sneak peek of two siege map designs coming to Ashes of Creation Apocalypse soon - Castle Korgan previously owned by the Aelan humans and Castle Milnar constructed by the great Dünzenkell dwarves. These great castles of Verra were the cornerstone of defense for the Empires that owned them. Once home to legendary battles that turned the tides of power and influence on Verra. Now abandoned by the great powers that have fled Verra through the Divine Gateways, these great pillars of civilization are battlefields in the Apocalypse.[14] – Margaret Krohn

Hundreds of years before the first Harbinger appeared in the Verran sky, under the rule of King Fentis Lyneth VIII, there lived a great Aelan explorer named Doren Greyshore. Doren sailed the first ships to the shores of Eranthia, where he established one of the wealthiest guilds the 10 seas had ever seen: The Greyshore Company. Their motto - to this day - still holds true: "The sails of diplomacy are driven by the winds of trade, within the seas of opportunity."[17]